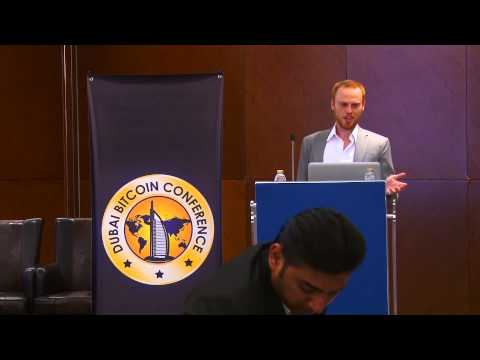 The following post by geekmonk is being replicated because some comments within the post(but not the post itself) have been openly removed.
The original post can be found(in censored form) at this link:
np.reddit.com/ btc/comments/7ljmik
The original post's content was as follows:


Full article: https://medium.com/@untetheredbtc/how-the-tether-usdt-distribution-system-works-84a5c673bec0
The article is somehow badly written, so here is a short summary:
CryptoCapital - Panamanian Financial services company (launched by HAVELOCKINVESTMENTS) claiming to be a and (the author has proof both are false).
HAVELOCKINVESTMENTS - Announced partnership between Coinapult and Cryptocapital
Coinapult and Cryptocapital are connected through Ira Miller (ex-CEO of Coinapult, also developed Cryptocapital's internal tech)
Where Tethers come into play: Coinapult offers a service known as LOCK where you lock the value in usd of your bitcoins in order to hedge against fluctuations. The Author has evidence and is sure that Coinapult, to "protect" the value in usd of the coins (bitcoins & dash) its LOCK feature users deposit, simply converts them into Tethers but claims instead that deposits are insured by CryptoCapital. The author also notes that Coinapult's Bitcoin price feed is taken from Bitfinex which proves they are converting them into tethers (also run by Bitfinex).
How/Why Tethers are printed: Coinapult offers its LOCK feature to Mycelium and a DASH wallet. People who deposit bitcoins/dash coins with Mycelium and decide to LOCK the value of their investments in USD trigger the issuance of fresh tether tokens (through Coinapult and Cryptocapital). Beware that these people think they are insured by Cryptocapital but all cryptocapital does to insure them is to convert their coins into "Tethers". This makes particular sense if you think that only a couple of weeks ago a bitfinex employee commented in a Tether thread saying "what if tethers are bought with other cryptos".
Coinapult also works with Safello, an exchange with a dozen thousand users, and with DASH wallet(s).
Important Note: The Author points out how Coinapult went from being b2c (business-to-consumer) to a b2b entity (business-to-business) since the release of its lock feature. This means that Coinapult only works with businesses. In other words it offers its service to Safello and Mycelium in bulk, it doesn't deal with users individually.
Roger Ver: The Author is suspicious that Roger knows about Coinapult & CryptoCapital (Roger is an investor in Coinapult), the Tether mechanism used to "LOCK" bitcoin/dash holdings, and converted his 40k BTC into BCH to get out of the loop. The Author thinks so because Kraken (an exchange where Ver was an early investor) did business in the past with the Cryptocapital and because Ver has a stake in Safello so must be aware of the LOCK feature integration. The Author also mentions Roger's "somewhat confused" reaction when asked about Tethers in his recent AMA. In other words, the Author says Roger knows more than he says and this is one of the reasons he got out of bitcoin.
Author's Conclusion: If in a market crash the millionaires using the LOCK feature of Coinapult head over Coinapult to claim the locked value of their investments, they are probably not going to back the initial value (because they have been converted into tethers and not all tethers are backed by usd) but can hope at most to get back the initial coins they deposited. Also this can happen only if the coins have been kept safely in Bitfinex's vaults (bitfinex issues Tethers to Coinapult/Cryptocapital)

Getty. CRYPTO MARKETS. Bitcoin kept surging and briefly hit the $10,000 mark this week, continuing a rapid recovery from its precipitous crash to less than $4,000 in early March.Its gains have ... Mark Miller, a Reuters columnist and author of "Jolt: Stories of Trauma and Transformation," notes that although self-directed IRAs allow you a lot of latitude to invest in cryptos, there are ... The Securities and Exchange Commission (SEC) must decide whether to approve the Winklevoss Bitcoin ETF by March 11. But a Bitcoin IRA is an option that deserves consideration… How to Open a ... > PR: 300E Holdings a Long Term Blockchain Investment Fund Announces Spartan Decentralized Exchange (news.bitcoin.com) 18:30:32 20/12/17 > How Money Got Free: Bitcoin and the Fight for the Future of Finance ( news.bitcoin.com ) 23:00:36 29/10/17 BitInstant employees Erik Voorhees, Charlie Shrem and Ira Miller are building real-world links for the Bitcoin virtual currency. An obscure but growing digital currency is about to get a new link ...

The Bitcoin Show - All Episodes. The Bitcoin Show - All Episodes. Skip navigation Sign in. ... The Bitcoin Show - 052 - Ira Miller & Erick Voorhees, FeedZeBirds.com by vlogwrap. 50:33. Ira Miller, Co-Founder and CEO of https: ... How Macro Trader Novogratz Became a Bitcoin Convert - Duration: 37:32. Bloomberg Markets and Finance Recommended for you. 37:32. The free version of the program is no longer relevant! If you want I'm ready to discuss it Mail for communication [email protected] #BTC #Bitcoin #Bitcoin_Free #Bitcoin_hack #Bitcoin ... Dec.27 -- In today's "Futures In Focus," Ira Epstein, managing director of Ira Epstein Division at Linn & Associates, discusses the appeal and problems associated with bitcoin. Using IRA Financial's Self-Directed IRA, in conjunction with Gemini Exchange, saves you on fees since no broker or LLC is needed. Discover more videos by IRA Financial: https://www.youtube.com ...